AND THE MOON STANDS STILL 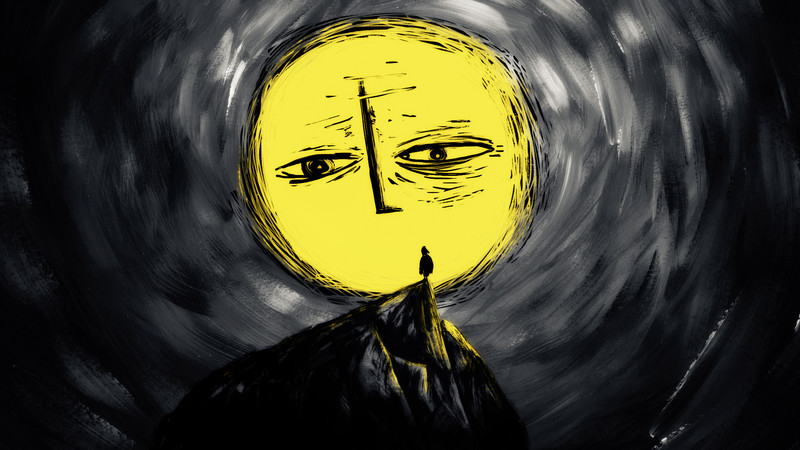 And the Moon Stands Still is a 2017 animated short film directed by Yulia Ruditskaya. It’s a very charming fairy tale.

Being based on a fairy tale, the film has that distinctive old-fashioned, timeless quality to it. The story follows the lunar cycle, and how the moon and the stars affect everyone under their glow. A demon wants to pierce the stars and eat the moon, and we follow the consequences of that.

The story is simple, but elegantly executed and very heartwarming. It’s somewhat reminiscent of Disney’s “Silly Symphonies” in its strong focus on nature and natural balance which is the driving point of the film. Everything has to be in balance, and it reminds us in particular how the moon and the stars are important, even if they do not come to our mind too often.

The real standout aspect to this film is easily the animation which is absolutely splendid. The short has an unmistakable classic quality to it while also being very artistic thanks to especially beautiful, frequently even exquisite landscapes, and a painterly quality to every scene.

The character designs are great, the use of the colors black and yellow make the film really gorgeous to look at and very memorable whereas the lighting tricks make it feel like a living, moving painting. It undoubtedly is a work of art on every single level.

And that also includes the score which is splendid, very moving and again very elegant in its feel and tone. The short is also very well paced and is quite engaging throughout its runtime of ten minutes. It’s well structured and visually arresting and fantastical from start to finish.

The direction from Yulia Ruditskaya is terrific, and very professional as well. That’s why the movie was ultimately noticed by the festival circuit. In particular, it garnered a nomination at Atlanta Film Festival while actually winning at Avanca Film Festival and Red Rock Film Festival, and deservedly so as it’s a wonderful flick.

And the Moon Stands Still is in the end an immensely artistic outing from director Yulia Ruditskaya who infused this film with a lot of classic imagery, gorgeous animation and a beautiful score. The story is simple, but elegantly crafted, and the pacing and editing are excellent throughout.