Daniele Ragusa Monsoriu graduated in Direction and Cinematographic Script at the University of Rome in 2008. After his studies he started working in various film and television productions. In 2014 he worked on the film Tale of Tales by Matteo Garrone nominated for Palm d’Or at the Cannes Film Festival. In the same year he wrote and directed the Always commercial for the Milanese brand Fernet-Branca. In 2015 he worked as an assistant director on the Lotus Production film Quel Bravo Ragazzo. Among the various works, he directed 1969 for the Fiat Chrysler Automobiles brand and Comfortable for the French brand Prixtel.
He directed several short films, including Last Ship, Jason’s heavens and American Rhapsody. 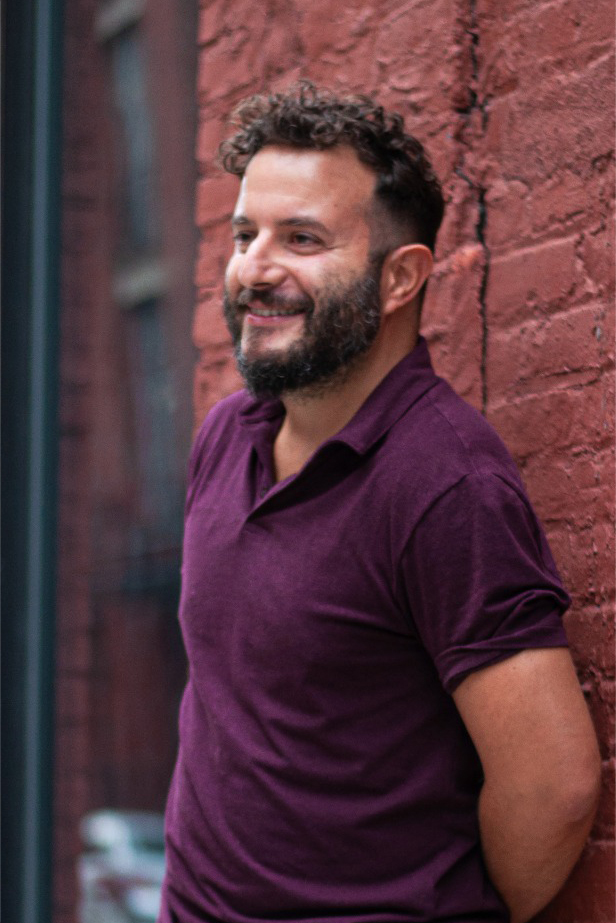 Davide Iacono was born in 1985. He graduated in Humanities (La Sapienza, Rome).
After his studies, he worked for 8 years in various film and television productions. In 2017 he obtained a master’s degree in Social Media Marketing in Milan. In the same year he worked as a scriptwriter for the short documentary Last Ship directed by Daniele Ragusa Monsoriu, which was selected in several festivals and won the Audience Award at the Brooklyn Film Festival. With the same director, Davide also worked to the short films American Rhapsody and Una vida mas (currently in post-production). He wrote various essays / articles, and moderated many conferences as well, about the relationship between history and cinematography. He currently lives between New York and Italy. 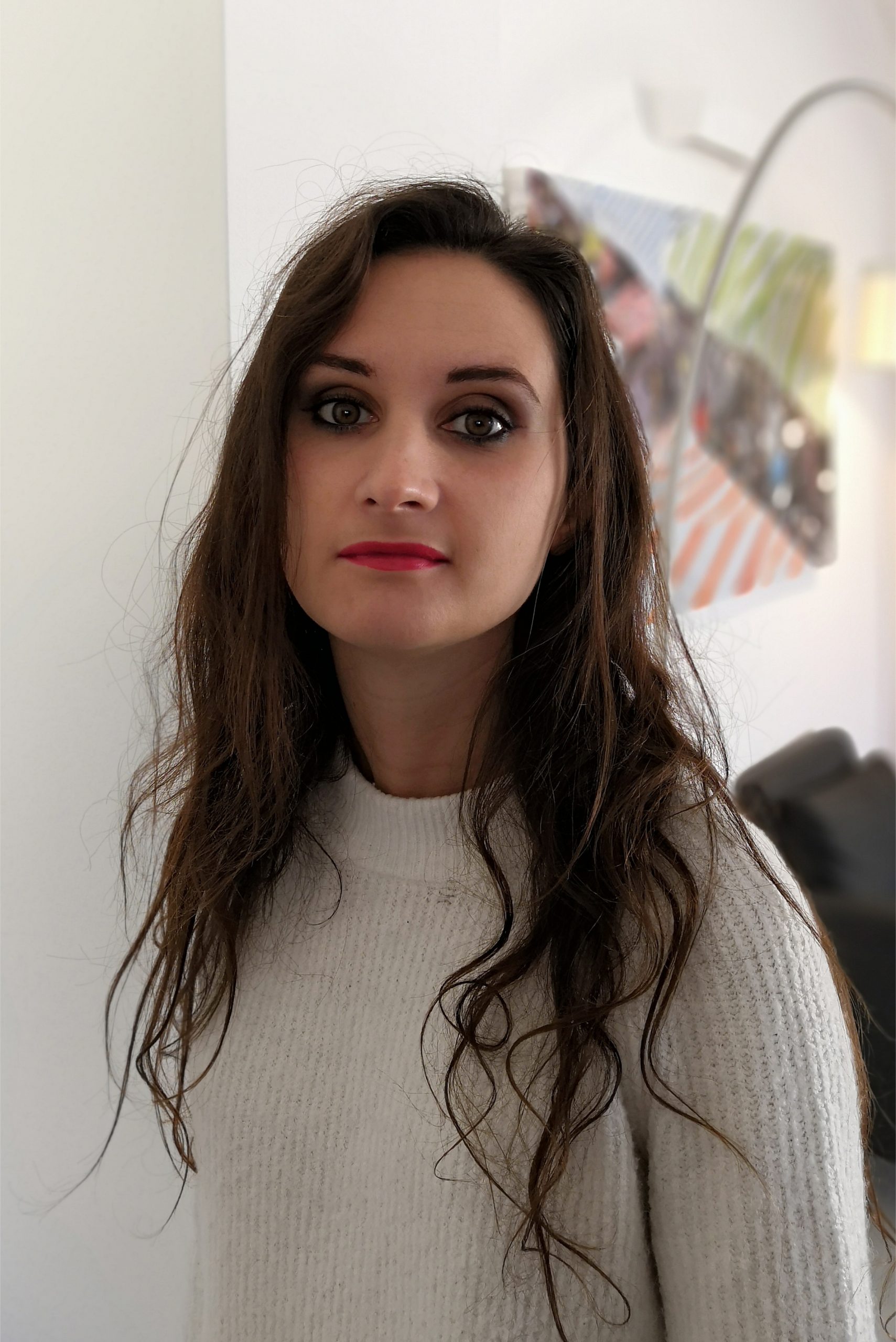 Giovanna Mauro is a Clinical Psychologist and art enthusiast. Her work as a communication manager for private activities (2018) and a film distribution agency (2017) along with various curricular internships and training courses from 2014 to 2019 (T.C. Cafeo, Social Cooperative Proxima, etc.) helped her developing skills in community and organizational psychology. She attended piano and dance classes from the age of 7, and took part in hip hop, contemporary and musical stages with internationally renowned dancers, such as David Hazama (2008) and Leslie Wiesner (2012). She loves drawing and is fond of the animation world and silent cinema. Together with Daniele Ragusa Monsoriu and Davide Iacono she is the founder of the Dumbo Film Festival and currently lives between New York and Italy. 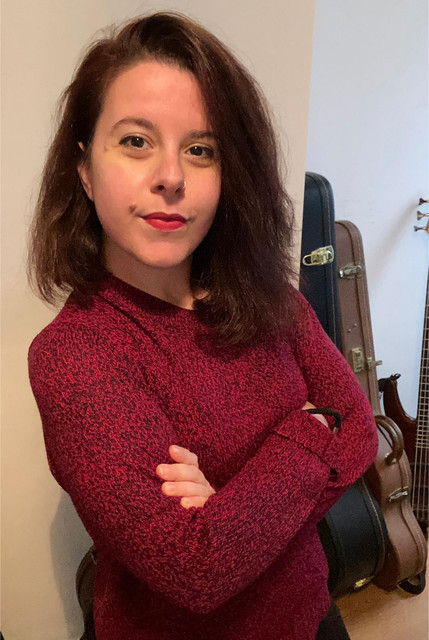 Marta Leocata is the Marketing Manager of the DFF. She considers herself a world’s kid. Her grandad passed her on the passion for Art and Theatre, which is why she did Classic, Acting and Script studies in the drama Academy “Teatro dell’Accademia” in Catania, leading shows on tour all around Italy such as Munder Mystery Dinner. She also has a Bachelor’s degree in Media and Journalism (Catania University). She worked as director’s assistant for the YouTube talk show ATUXTU and in the Marketing Dept of the Magazine Catania Free Mind until she moved to Manchester in the 2015. Since then she worked as Manager and Supervisor for the English companies as: Caffè Nero, Chop’d and Robinsons Brewery. She’s also the co-founder and scriptwriter of a newborn drama company in Manchester. Marta is overall an enthusiastic coffee drinker, cat lover and addicted movie watcher. 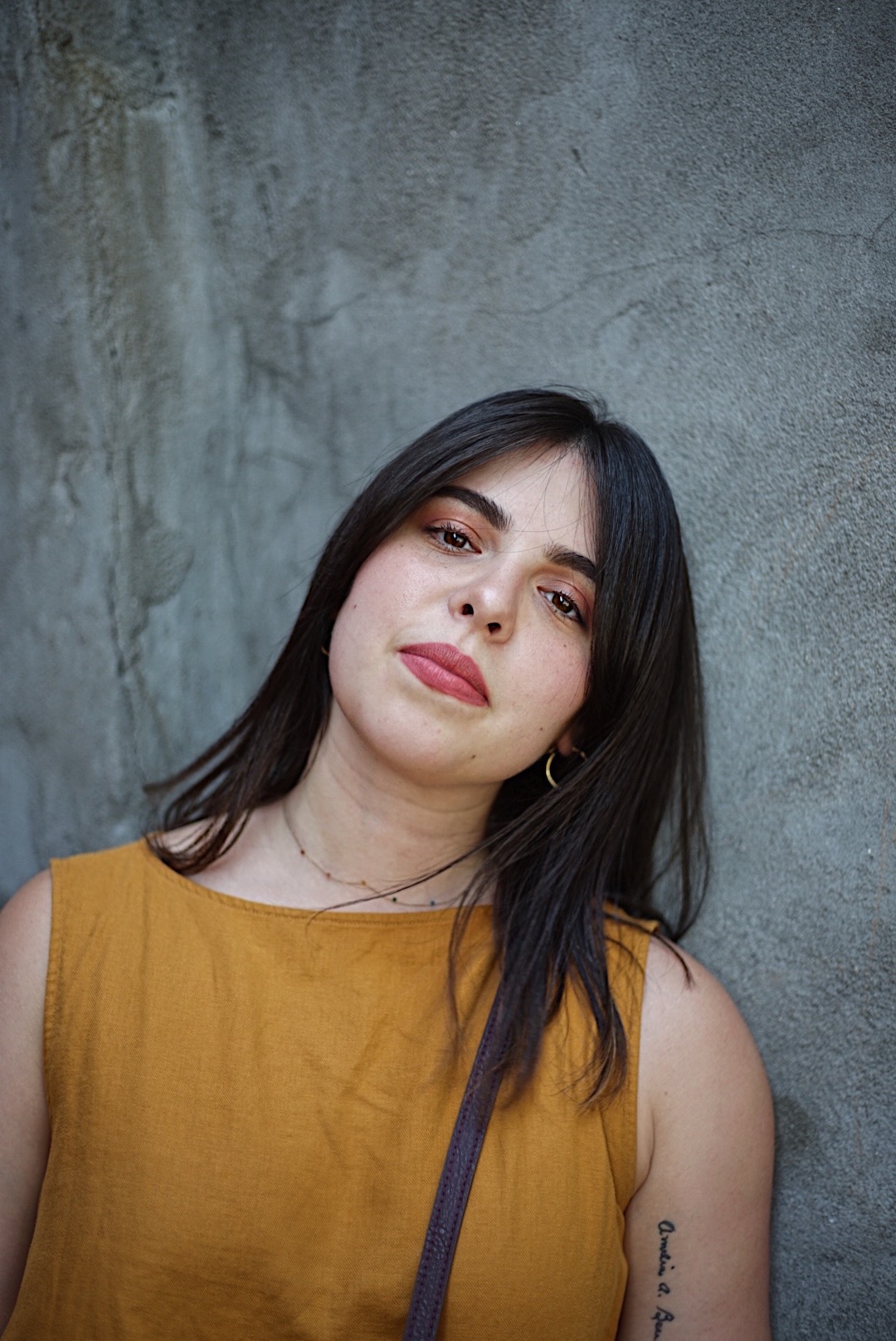 Amanda is an actor, producer, writer and singer.
She completed her Bachelor of Arts in Theatre & Dance from the University of Texas at Austin in 2016. Throughout her college years, Amanda performed theater for elementary schools and children’s hospitals in Austin. She participated in the Edinburgh Fringe Festival in Scotland, where she explored acting techniques such as Meisner & Stanislavski and Shakespearean dramaturgy. She also studied abroad in Barcelona at the Institut del Teatre under Kari Margolis’ direction of the Margolis Method, and was an assistant dance demonstrator for the Texas Musical Theatre Workshop.
In 2016, Amanda moved to Brooklyn, New York. She has assisted in production for the New York Fringe Festival, A.R.T New York, HBO Latino Film Festival, Katra Film festival; taken classes at Upright Citizens Brigade, Stella Adler, and Ballet Arts; and is a current student at T. Schreiber Studio for Theatre and Film. Her most recent project is one in which she produced, co-wrote and performed called Orgullo by Hip-Hop Artist Dylan Golden. 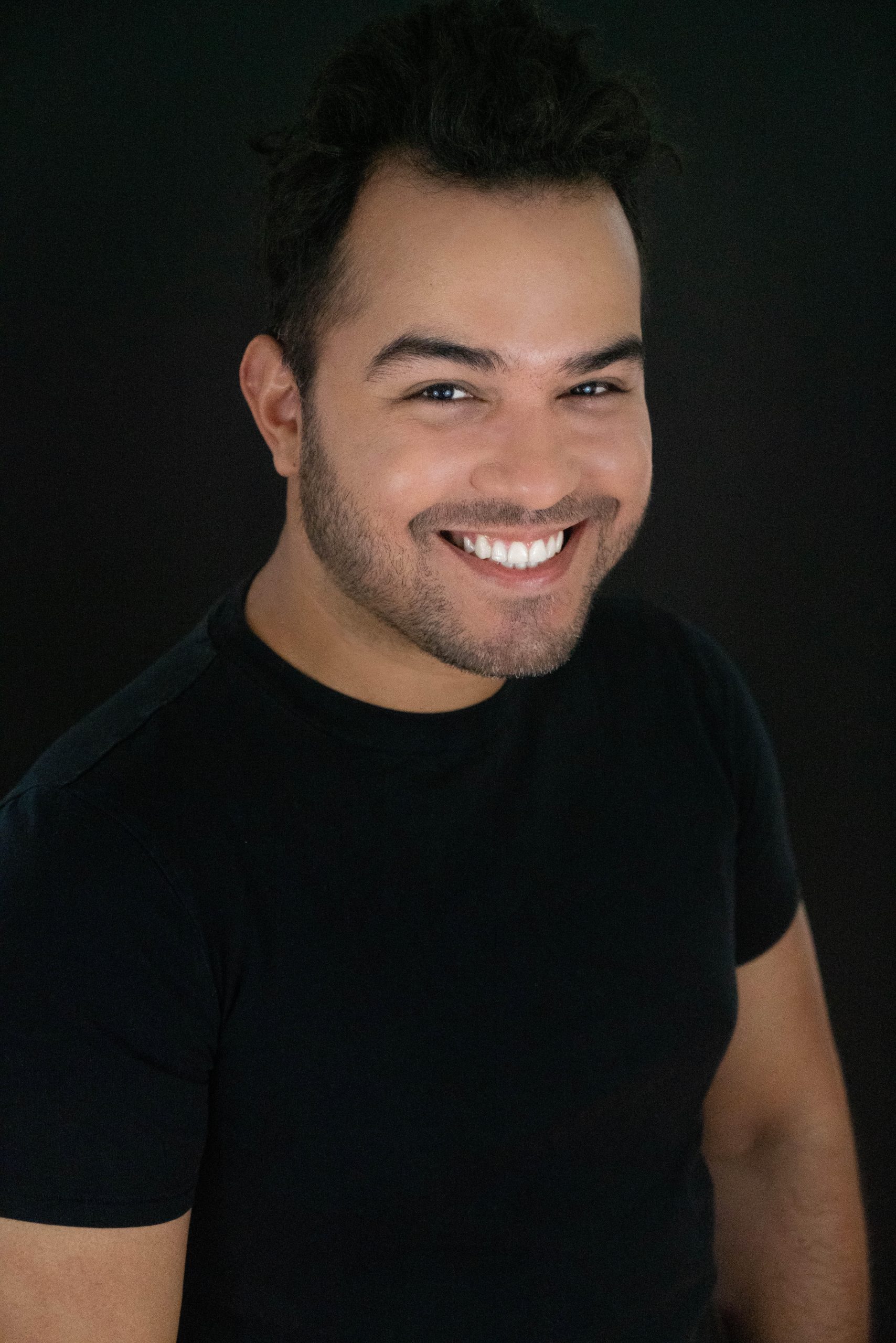 Vince is a set designer, producer and writer.
He is originally from Venezuela, born to a very mixed family: Spanish, Lebanese, African Latinos and native Venezuelans. He attended the prestigious Arturo Michelena Academy in Valencia, Venezuela, and acquired over 8 years of experience in the theatre industry, becoming a lead actor in several classic and contemporary plays, such as La Casa de Bernarda Alba (2004), Hamlet (2005), Romeo and Juliet (2005-2006), Rock para una Abuela Virgen (2006), El Día que Me Quieras (2010).
Later on, he started pursuing his passion for production and directing, participating as a set designer, costume designer and assistant director, and improved his career in the US with classes / workshops and experimenting on his own in the audiovisual field. Between 2016 and 2019 he worked on the Web Series The Out Talk (2016), Orgullo Music Video (Bowery Film Fest winner), 40 Love (2019), Whatever You Want (2019), Beauty – 2019 (Netflix Original), Finding Ohana- 2019 (International Film). 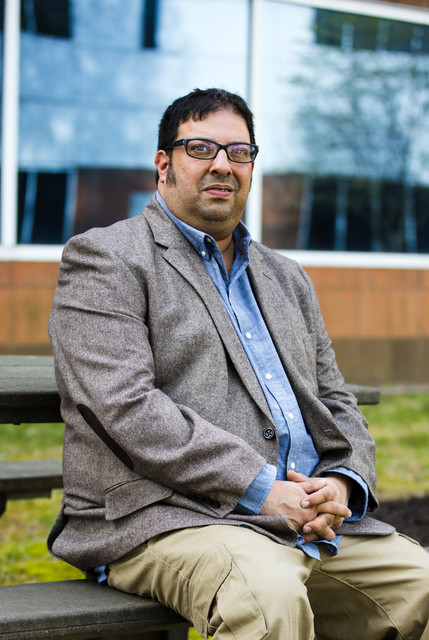 Eric has been working in the theater and film industry for over 25 years. His education started interning in public relations and marketing for Broadway and Equity theater and worked with Hal Holbrook, Betty Buckley, Melba Moore and the touring show of Chicago. Next came internships on extras casting and worked on the “Horse Whisperer” and “Law and Order” while living in Upstate NY and then while attending Emerson College in Boston he interned with Boston Casting and Kevin Fennessey and worked on “What’s the Worst that Could Happen”. His final internship was at DreamWorks SKG in the casting department in Los Angeles. Eric’s first education on film festivals was in 2000 when he volunteered for the Nantucket Film Festival and then his 2nd experience led him to Park City Utah where he was a volunteer for the Sundance Film Festival. In 2005 in Los Angeles Eric started working on film festivals and entertainment events as a marketing consultant and producer. To this day he has worked all over the US, in Canada and in the United Kingdom on almost 100 festivals and events.